An Inheritance of Ashes, by Leah Bobet 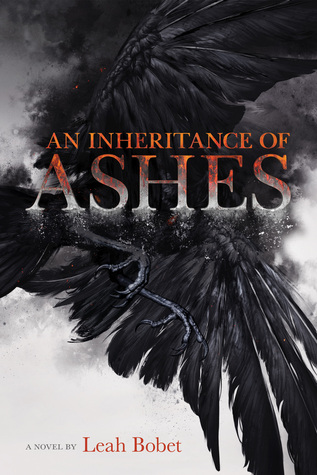 This is one of the most original fantasies that I've read recently, with beautiful, compelling prose and a cast of fierce, wounded characters who will break your heart (in a good way).

Every time I sit down to write this review, I try to come up with coherent words to express my feelings about the book, and I can't find the right ones. Other reviewers have talked about it being intense, desolate, dark, eerie, bleak—and I can't deny those are appropriate words for An Inheritance of Ashes, but they're not sufficient. (And I would never have picked it up if I had read all those reviews first.)

Yes, it's a dark book, but it's also luminescent. You have to meet the characters to realize that all the fear and suspicion and despair only highlight the courage, hope, conviction and love that burn inside them. It reminds me very much of the Leonard Cohen song: "there's a crack, a crack in everything: that's how the light gets in." (Just had to go listen to it again. Really quite perfect for this book.)("Every heart to love will come, but like a refugee.")

But I'm not being a very helpful reviewer, here. What do you need to know to make you read this book? How about some of the cool, original things:

3.  But there are still Twisted Things appearing, and the Twisted Things are awesome: creepy, unexpected, poisonous, threatening, nothing like anything I've ever read about. And they shouldn't still be showing up, now that the Wicked God is dead.

5.  He's not the soldier Hallie and her sister Marthe are waiting for. And if Marthe's husband doesn't come back, they're not going to be able to hold the farm together, not two young women, one of them about to give birth, two sisters who rely completely on each other but can't seem to trust each other, or anyone else.

And number 5 is the burning, toxic heart of the story: Twisted Things may be poisoning the farm, but Marthe and Hallie are poisoning each other with their complete inability to understand each other*, and the psychological and physical threats are marvellously woven together in layers of metaphor and tension.

There are people who want to help, and people who hope they fail, and the community around Roadstead Farm is also a crucial part of the story. The war might be over, but there are so many things to fight for, to fight about. There are the battles we inherit from our families, the ones we think are over but are still festering into the next generation. And the people we think are the enemy might be the only people who can save us.

You just have to read it; I can't adequately explain how dense and nuanced and wise and surprising and real this fantasy is. Bobet is a writer into whose capable hands I will gladly entrust myself again.

Sweet potato black bean soup: hearty, rich, complex, with lots of heat and depth of flavour. (I might not put as much cumin into it next time, though!)

Leah Bobet is that rarest of wonderful people: a Canadian fantasy author! Which makes this my 13 out of 13 books in the 9th Canadian Book Challenge: and it's only March! (I have until June 30.) Yay Canadian books! Be sure to check out the other great Canadian books on John Mutford's blog. 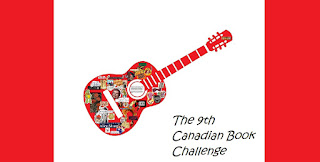 *You know how in most fiction, the characters tend to say what they think to each other—things real people would never actually say because there are too many things holding them back? Hallie and Marthe are not capable of ever saying what they think, because the things holding them back are too painful and entrenched. It's possibly the most realistic relationship I've ever read in a fantasy novel.
Posted by Kim Aippersbach at 4:22 PM