The Demon Catchers of Milan, by Kat Beyer

When I saw this title I knew I had to read this book, because Italy. I've never actually been to Milan, but here's a couple of shots from Florence: 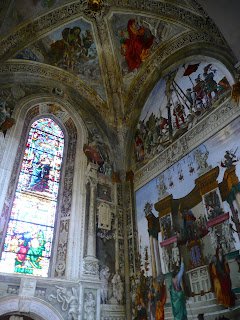 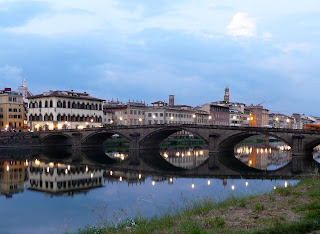 So gorgeous. I pretty much love everything about Italy, so I was favourably disposed to like this book no matter what it was about. But demon catchers sounded fun! And I loved the juxtaposition of demons with the city of fashion, style, and all things modern and too cool for words. 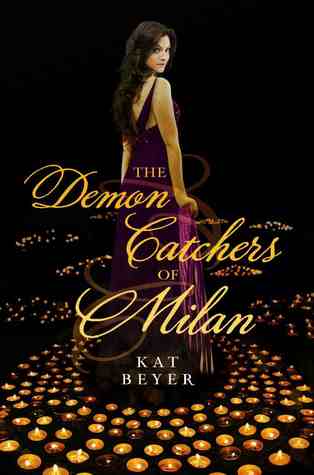 The Demon Catchers of Milan satisfied in every respect. It's about Mia, an American girl who discovers the Italian side of her family when she gets possessed by a demon and her cousins show up to exorcise it. They inform her she's the latest in a long line of exorcists and she'd really better come to Italy to learn how to do it, or that demon is going to get her. So it's a story of cultural transplantation, as Mia gets plunked down into all things Italian and has to learn a new language, new food, new customs, new assumptions. Beyer obviously loves Italy, too, because her novel is a love story to the city of Milan and Italian culture in general. Her writing is beautiful, so you can taste the food and hear the bells and feel the cobblestones underfoot.

Oh, and Mia does also have to learn about demon catching, which actually took a back seat for me in terms of what I was interested in (I was too busy salivating over the descriptions of pasta). But I liked the way Beyer takes the traditional Catholic version of demons and puts her own spin on it. There are intriguing ideas hinted at that I hope are explored more in a sequel (there is a sequel, which I've just requested from InterLibraryLoan); since Mia is just learning we don't get the whole story about what demons are, but there seem to be different types, not all of which are totally evil.  I liked the way Italian history was brought into the story as an explanation for some of the hauntings.

This isn't a kick-some-demon-ass-with-magical-swords kind of story; it turns out that meditation is the big thing Mia has to train in. I liked that Beyer wasn't afraid to make her demon battles spiritual rather than physical, and I liked that Mia makes some significant mistakes because she's young and insecure and susceptible to temptation. She was a realistically flawed character that I could root for as I winced. I also loved the extended family and neighborhood with all the little squabbles and difficult personalities who nevertheless all came together when it mattered.

The Demon Catchers of Milan isn't a typical YA paranormal, and I liked its differences. I'm looking forward to finding out more about the world and spending more time with all those gorgeous Italians! And I really want to go back to Italy again!

Difficult to choose an Italian food for a metaphor. I think I'll go with panzanella, because you might not have heard of it: Tuscan bread salad. Sounds weird, maybe, but it's really tasty, the way the bread cubes soak up the olive oil and tomato juices and everything is fresh and savory and mmmmmm. Here's a beautiful picture of it and a recipe if you want to try it.
Posted by Kim Aippersbach at 10:34 PM