MMGM: Invitation to The Game, by Monica Hughes

It's past time for me to get back to reviewing children's/YA books! And I've got to get started on my Canadian books for the year, already almost two months into the Canadian Book Challenge. So here's a two-for-one: a Canadian Middle-Grade novel. (I'm calling it middle-grade because that's where I found it in the library, but I would say it's for the upper of that age-range, and older readers will also appreciate it.)

If you think dystopian YA is a new trend that started with The Hunger Games, you're missing out on a whole generation of great children's science fiction. And perhaps the queen of the era from 1970-1990 was the Canadian writer Monica Hughes.

She is probably most famous for The Keeper of the Isis Light and its two sequels, The Guardian of Isis and The Isis Pedlar. I read them when I was young and they have haunted me ever since. It might be time for me to reread them and do a complete review, but I remember them as bittersweet stories of young people trying to fit in and find a place they belong, but also fascinating, complex psychological studies of humans colonizing an alien planet. And true and depressing commentary on the human tendency to distrust the Other. Legitimate classics.

Hughes was prolific, and I've only read a handful of her works, so maybe I should also try to catch up on the books I haven't read—make this the Year of Monica Hughes. It's worth introducing a new generation to her thoughtful, playful stories that explore what it means to be human just like the best of adult sci fi. 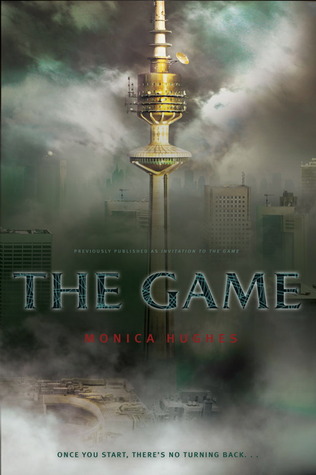 Invitation to The Game starts with a vaguely Hunger Games-like premise: underprivileged youth in an economically distressed society are manipulated into playing a "Game." The game in this case requires teamwork and problem-solving skills in a survival setting, rather than deadly competition. The final outcome is an interesting twist. New readers might find it amusing that the problem of this dystopia is robots taking all the jobs away from people—not something remotely worrisome now, but I remember when I was growing up that it was a seriously-discussed concern!

Invitation is quietly suspenseful and intriguing with a carefully thought-out world (some aspects are a little unrealistic, but it's a lot more believable than most of the dystopians out there now!). It's a fast read, written back when there wasn't such a thing as YA and kids' books generally came in at 200 pages or less (and really, do you need more than 200 pages to tell a good story? Monica Hughes didn't.)

A book to recommend to readers of The Giver. And if you like this one, Hughes has a lot more for you! You just might have to ask your library to search for them.

Grilled cheese sandwich, the way your mom used to make it.

Marvelous Middle Grade Monday is a meme hosted by Shannon Messenger, and it's a great place to find new kids books for your TBR list.

The Canadian Book Challenge is in it's 8th year over at John Mutford's blog, and there you'll find a diverse bunch of books by Canadian authors. 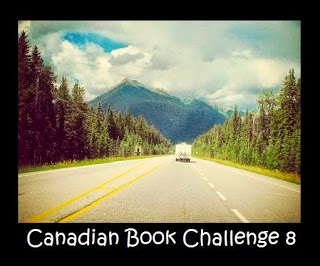 Posted by Kim Aippersbach at 1:00 AM 6 comments:

This isn't really a blog post, it's more of a tweet. You should go read this post from Maggie Stiefvater's blog. It explains why her books are so good. (Hint: she doesn't just make stuff up. She gets stuff.)

I've been reading a fair bit of adult spec fic this summer, which is (one reason) why my reviews here are a little sparse. If you're interested to know what I thought of Patrick Rothfuss's Kingkiller Chronicles, here are links to my Goodreads reviews (hint: I liked them a lot!):

The Name of the Wind

And because it looks bad to have such a short post, here's a photo my brother took that I want to write a story about one day:

Posted by Kim Aippersbach at 7:40 PM No comments: