Cybils Nominees that caught my eye: YA Spec Fic

I'm a Second Round Judge for the YA Spec Fic category again this year—really looking forward to it!—but I've been a bit preoccupied with Nepal and NaNoWriMo, and I haven't been paying attention to the nominees. Turns out there are a number of awesome books (of course), some of which I've already read, and some of which I happened (completely coincidentally)(except that there's probably a reason the librarians put them out on the New and Notable shelf)(gotta love librarians) to pick up at the library recently.

In this post I'll just quickly let you know which nominees I've read and which books sitting on my shelf are nominees this year. In my next post I'll highlight books I'm excited about for various reasons (mostly because fellow bloggers have raved about them).

Of the books I mentioned in my last post, Maggie Stiefvater's All the Crooked Saints, E.K. Johnston's That Inevitable Victorian Thing, and M.T. Anderson's Landscape with Invisible Hand are all nominees. I (and my librarians) clearly have excellent taste in books. I also was back at the library a few days ago and was thrilled to see a new Kristin Cashore book, Jane Unlimited. So that's now on my shelf, too, and it's a nominee.

Nominees I've read (with links to my reviews):

Spindle, by E. K. Johnston
Strange the Dreamer, by Laini Taylor
The White Road of the Moon, by Rachel Neumeier. (Afraid I never got around to reviewing this one.)
Thick as Thieves, by Megan Whalen Turner

And here are a few more Nepal pics. Last time I gave you pretty pics. Here are some more urban scenes: 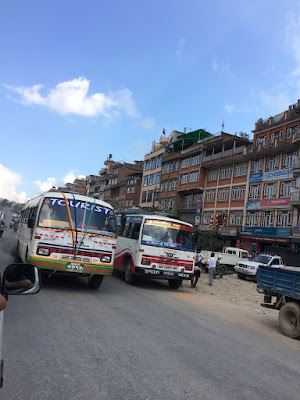 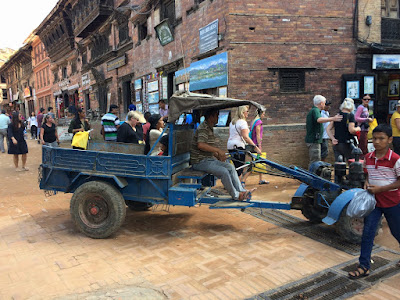 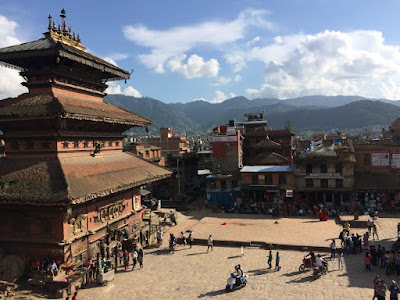 Note the sign for the Cyber Cafe in ancient Bhaktapur 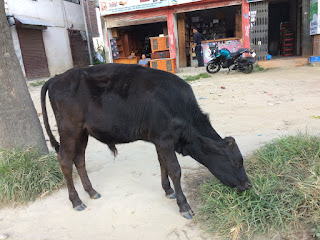 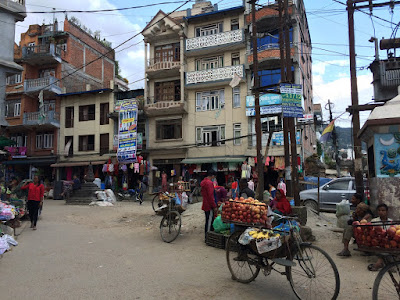 I found myself using the word "juxtaposition" a lot in Nepal 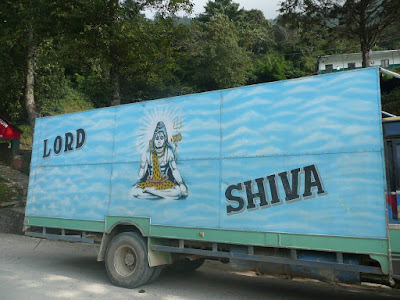 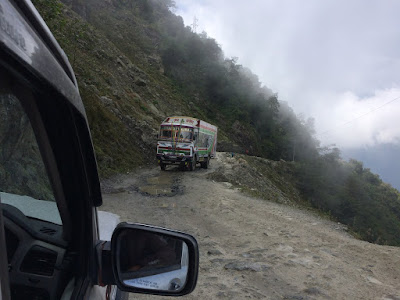 Colourfully decorated trucks, and the terrifying road we took to get to our trek in Langtang Valley.
Posted by Kim Aippersbach at 11:50 PM No comments:

Email ThisBlogThis!Share to TwitterShare to FacebookShare to Pinterest
Labels: Cybils

Library books I don't have time to read right now!

I went to the library to get a copy of The Goblin Emperor, so I could reread it and get ideas for twisty court politics (for the novel I'm currently writing)(29287 words so far; I'm falling behind target, but there's still a chance I can make 50,000 by the end of the month!). Also I just love The Goblin Emperor so much.

But look what else I found!

Maggie Stiefvater's latest, All the Crooked Saints: it looks like magic realism and I'm really curious about the miracles. People say it's very different from her other books, but I'm willing to go there with her.

Another new one from E.K. Johnston! I didn't even know this one was coming! Everything about That Inevitable Victorian Thing is exciting to me, from the title and cover to the premise: in a near-future Victorian Empire with genetically arranged matchmaking, a princess, a shipping magnate and a scientist spend a summer together of "high-society debutante balls, politically-charged tea parties, and raucous country dances." What is not to like about that plot?!

M. T. Anderson has a really intriguing-looking short book called Landscape With Invisible Hand, about invading aliens who have a thing for "classic" Earth culture. Sounds like lots of potential for satire. The name of the aliens (the vuvv) totally reminds me of The True Meaning of Smekday, one of the funniest books of all time, so I am predisposed to like this one.

Spare and Found Parts, a debut novel by Sarah Maria Griffin about a girl with a mechanical heart who decides to build the boy of her dreams. Sounds cool!

I haven't had time to read any of these, yet, but I'll let you know when I do!

In the meantime, a few pics from Nepal: 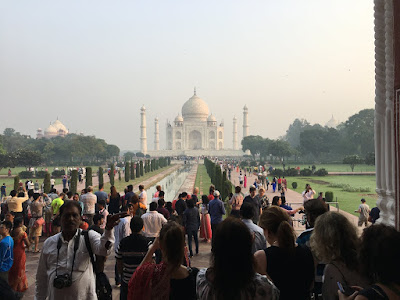 Okay, not technically in Nepal. But we stopped to see the Taj Mahal on the way! (Along with 20,000 other people, of course.) 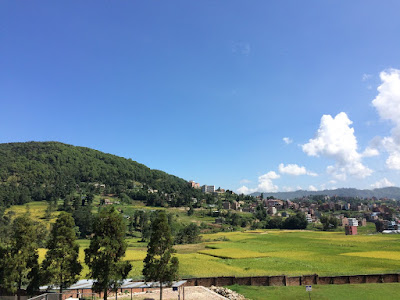 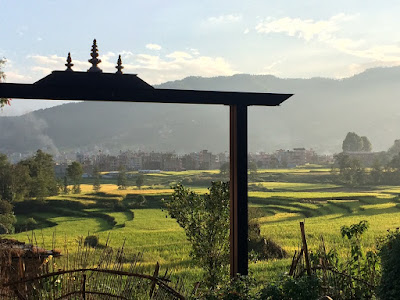 One of my favourite pics.