I finally get to tell y’all the release date and title of my next novel: it’s a young adult standalone novel, it’s coming out on 10/10/17, and it’s called ALL THE CROOKED SAINTS.

No cover yet, but definitely go to her blog to see the very cool art she did "inspired" by the novel.

I'm almost as excited about this as I am about the new Megan Whalen Turner. (May! It's coming in May! It's almost May, right??)

If you follow my blog, then you probably already know and love both these authors, but if by some chance you haven't read anything by either of them, you must immediately drop everything you were doing, sweep the rest of your TBR off the shelf, and start either The Thief or The Raven Boys. No, really, I promise, you have to.

Also, just because I'm squeeing about stuff I'm waiting for:

In which I discover K-Drama

Still can't talk about the books I'm reading: another couple of weeks before we have to decide on a winner, and it is proving to be a very difficult decision. What I can say is that I highly recommend all seven books on the shortlist for the Cybil's YA Speculative Fiction category. And they're all completely different from each other. Great illustration of how diverse YA and Spec Fic can be.

Back when I talked about discovering manga, I referred to the rabbit hole I was falling into. Well, I found another rabbit hole, and I'm in deep. It started with Nirvana in Fire, a Chinese historical drama that I blame Sherwood Smith for recommending. Have you watched it yet? Seriously, you have to watch it.

I got tired of all the ads and decided to subscribe to Viki.com (which licenses Asian shows for fan translators to subtitle. The subtitles aren't always awesome, but they do the job.) After watching everything I could find with the actors I loved from Nirvana, (you have to watch The Disguiser just to see Wang Kai in a long blue wool coat and Hu Ge being badass. Aiiish! And Ode to Joy so you can see Liu Tao's fantastic wardrobe.)(They're also just great actors.) I decided to try some of the shows Viki was recommending, which led me into the Korean drama section.

Turns out there are a lot of Korean dramas.

Here are a few I've really enjoyed so far (note that I'm using the titles as translated by Viki.com; there are other translations): 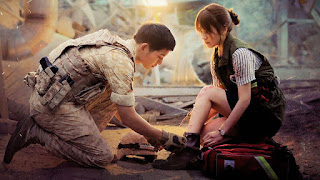 Descendants of the Sun: straight-up romance between a soldier and a doctor in a gorgeous setting. So pretty, and cute, lots of witty banter and exciting action. A lot of fun. And Song Joon Ki looks really good in military fatigues and sunglasses! 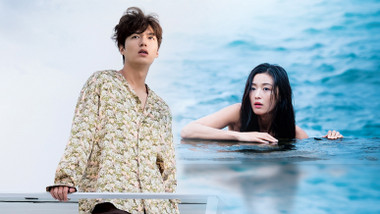 The Legend of the Blue Sea: romance/fantasy about a mermaid and a man who love each other in two different lifetimes. This one has everything: both period costumes and modern-day setting, sweet romance, a sort of murder-mystery, lots of humour, great side characters. And Lee Min Ho. 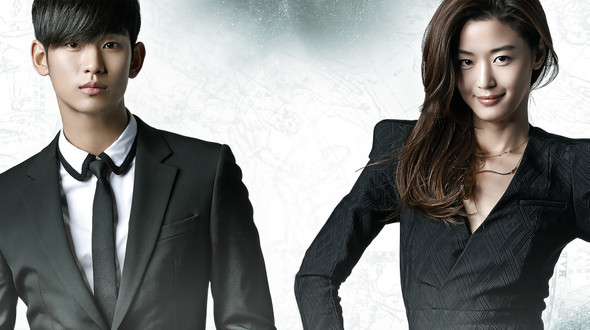 My Love from the Star: I loved Jun Ji Hyun so much in Legend that I decided to try this romance/fantasy about an alien who's been on earth for 400 years, and right before it's time for him to go back he very reluctantly falls in love with an actress. This one's just a lot of fun. 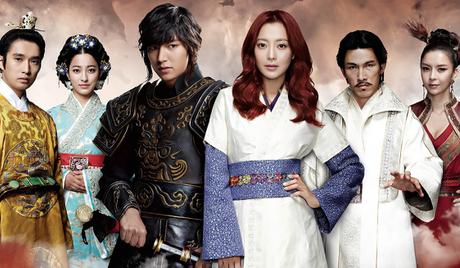 The Great Doctor: I needed me some more Lee Min Ho, and I have to say I'm a sucker for these historical settings. This one's basically Outlander in ancient Korea: the king's chief military guy goes through a portal to the 21st century to bring back a doctor to save the queen's life. Lots of political machinations, great bad guys, lovely romance, and I much prefer this haircut on Lee Min Ho. Just saying.
Posted by Kim Aippersbach at 12:08 PM 2 comments:

Email ThisBlogThis!Share to TwitterShare to FacebookShare to Pinterest
Labels: K-drama

One of the exciting things that happens on Jan 1 is the announcement of the Cybils Award shortlists. If you're looking for good childrens/YA books to read, these lists are a great place to start. This year I'm judging the YA Speculative Fiction category, so I get to read all seven of these books and discuss them intensely over the next few weeks with my fellow judges. (If anyone has any tips on how to get a bunch of images to line up neatly in Blogger, I would welcome the advice!)

Thanks to the Round 1 judges for an appealing and very diverse list to judge amongst! I can't say anything more about them until we make our decision and announce a winner.

So, in the meantime, I'll review another new Rachel Neuemier novel that came out this year. 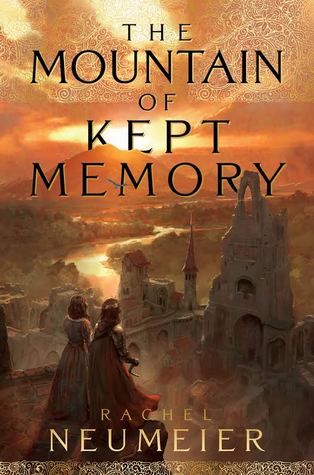 The Mountain of Kept Memory is "technically" an adult book (Neumeier's words), I suppose because the characters are older than typical YA protagonists, but I think it totally works as YA. That gorgeous cover is just perfect for it: conveys the really beautiful world-building—kingdom in peril, prince and princess trying to save it—but with a hint that this isn't your typical magic kingdom fantasy, because it isn't.

Oressa is one of my favourite princess characters yet. In the opening scene she is crouched uncomfortably in a hiding place so she can overhear the King and his counsellors decide that the best way to placate an invading prince is to marry her off to him. I love that she is clever and subtle, afraid to be noticed, but defiant enough that she will have none of this. She and her brother come up with their own plan, which might count as treason depending on how you define treason ...

I love the relationship between Oressa and her brother Gulien. I love the way royal family dynamics are so true to families everywhere but with nation-changing implications. One of the things Neumeier is very good at is having multiple characters with conflicting agendas, all of which you can empathize with and get invested in. Even the really bad guys—they have plans that make perfect sense given their understanding of the way the world works. And the interplay between everyone's different understandable motivations makes for an interestingly twisty plot. It can't be possible that everyone you've come to care about actually gets what they want in the end!

Another thing Neumeier does well is invent original magic systems that are cool and interesting and make complete sense. I particularly enjoyed the is-it-magic-or-is-it-technology fantasy elements in this one. The Keiba and her mountain were very cool, and the kephalos is an awesome character. (I can't tell you anything about the kephalos without spoilers, sorry!)

There's a little bit of highly satisfying romance, but mostly this is a coming-of-age story (two, actually): a prince and princess each discover the role they were meant to play, and then choose to make the sacrifices necessary to accept that role. (I think my favourite kind of plot involves characters making hard choices that allow them to become who they really are.) It's a standalone (another mark in its favour), but I would grab a sequel if she decided to write one.

White chocolate gingerbread blondies: a really delicious square that I tried to make for Christmas this year and utterly failed (sometimes it doesn't matter what size the pan is, and sometimes it really, really does). Have to try again.
Posted by Kim Aippersbach at 11:42 AM 1 comment: